"The sooner I destroy Metro City, the sooner the world will recognize the power of M.A.D!"
―Dr. Claw, "Down on the Farm", first season, original series

M.A.D. is a malevolent criminal organization led by Dr. Claw. Because they are a malevolent organization, M.A.D. always does malevolent things, like stealing treasures or valuable items, kidnap famous or important people, disguise themselves as normal people, lay traps for Inspector Gadget, and usually kidnap Penny whenever she is snooping around. At the end of each episode, each member gets arrested and in a certain episode, there is a unique super villain that after he or she is arrested, never shows up again in another episode (except Series 2, in which they do return). In the end, Chief Quimby congratulates Gadget for foiling M.A.D.'s schemes, not knowing it is really Penny that is responsible for doing so.

In the 2015 CGI series, Gadget retires after defeating the organizations leader Dr. Claw who loses his claw and his airship becomes frozen imprisoning Dr. Claw without apprehending him. However he has his nephew Talon Claw infiltrate HQ and discover the location of his claw. Gadget is reinstated but Talon learns of the claw's location and flees. Talon reacquires it despite interference from Penny (now an agent-in-training) and Gadget. However Gadget and Penny foil Dr. Claw's plan to complete his original scheme that lead to his defeat but escapes with Talon who despite having a crush on Penny develops a archrivalry with her not unlike their respective uncles albeit on a more personal level as they both find each other attractive despite being on opposing sides and often engage in direct conflict, or even competing against each other. With its leader freed MAD returns to business as usual though with Dr. Claw employing Talon as one of his operatives though he considers Talon as an inexperienced villain thus treats him as a lackey though Talon is shown to be quite capable agent who like his uncle manages to avoid capture despite being more directly involved in the organisation's plots and crimes. Some of his MAD agents are people whom hate Gadget such as an Gadget's former female partner who was so angry at Gadget for hogging the credit that she became a double agent and the MADgican, Gadget's insane former magician's assistant who is angry at Gadget for hogging the spotlight. One episode focuses on MAD's troubles with recruitment and an outdated recruitment video is shown which Talon points out would only draw people his uncle's age and suggests they film a new one. Despite Talon and his agents gaining enough footage despite interference from Gadget and Penny, Dr. Claw decides to scrap it in favor of a video starring M.A.D. Cat. Another episode shows a MAD training seminar hosted by Talon with Dr. Claw making a brief appearance via video monitor.

The acronym M.A.D. has had several definitions floating although what it canonically stands for is not clear as of yet:

The Logo from gadget and the gadgetinis 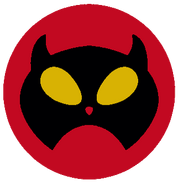 The Logo from the 2015 series
Community content is available under CC-BY-SA unless otherwise noted.
Advertisement